“Establishing a historical point of reference was the aim, not staging a reenactment” 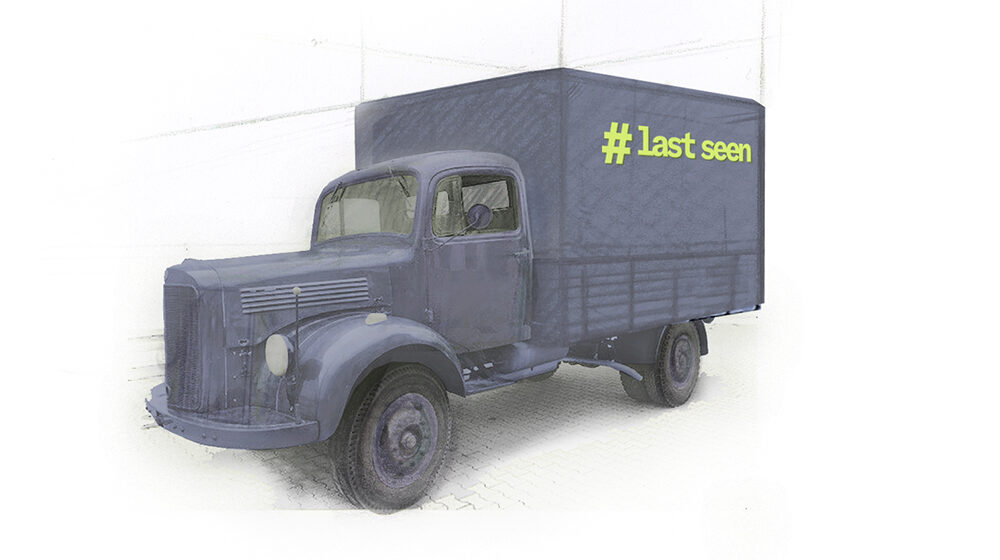 Berlin-based designer Jens-Ole Kracht (brandscope) is the creative mind behind the #LastSeen truck, and he helped realize the exhibition, which puts the spotlight on images of Nazi deportations. In the following interview, he explains how a hand-drawn sketch provided the inspiration for an extraordinary vehicle that doubles up as an exhibition venue. The whole project was completed in record time.

Mr. Kracht, what gave you the idea of installing the exhibition for “LastSeen. Pictures of Nazi Deportations” on the back of a truck?

We were looking for a format that would attract attention and establish a historical point of reference at the same time. Our first idea was to organize a flash mob, but we soon discarded it. We wanted to steer clear of any form of reenactment or performance because that seemed inappropriate. 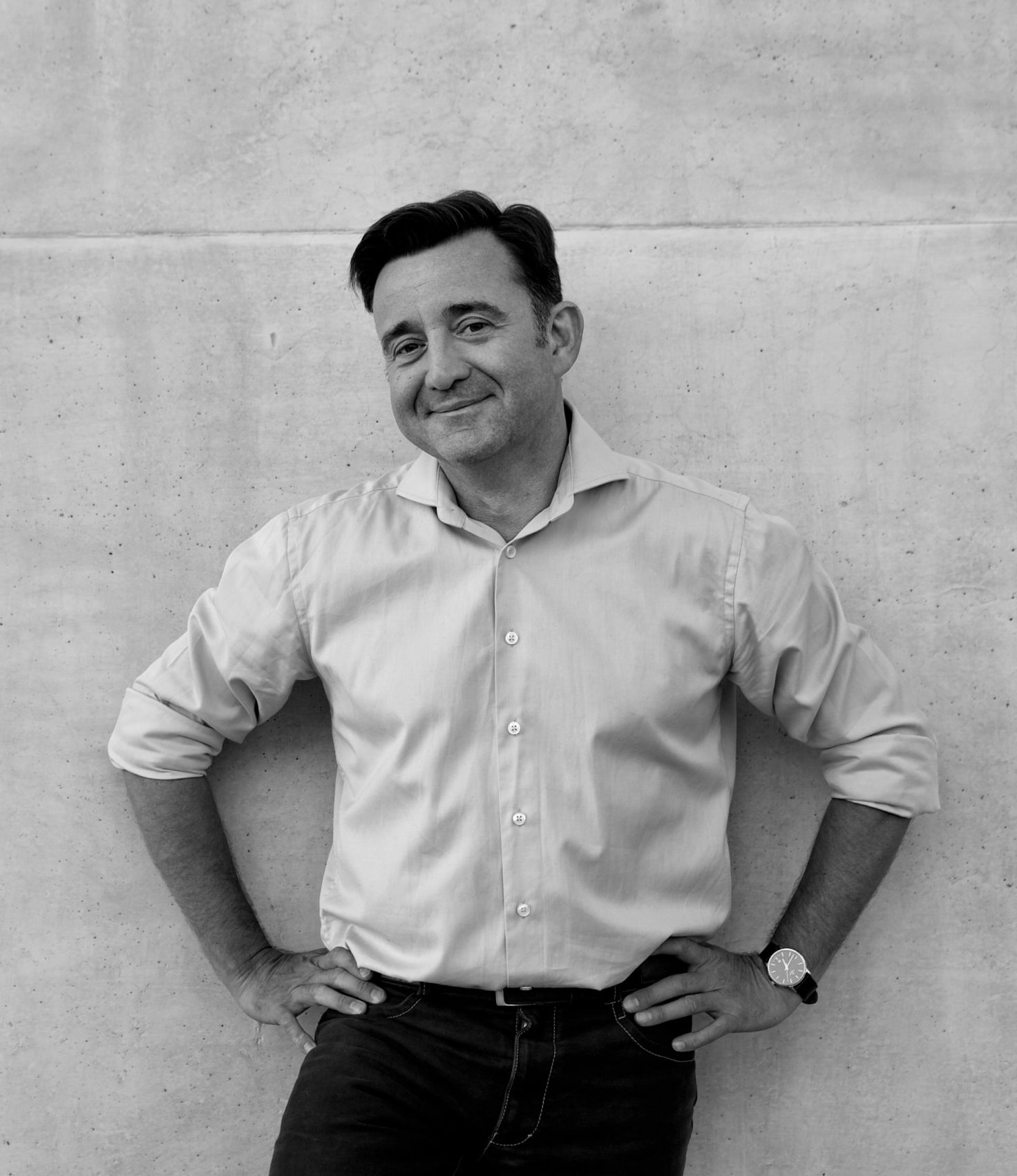 »There’s a coal merchant here in Berlin-Kreuzberg who drives through the streets in a vintage 1950s truck. It makes a terrible racket. And what happens when it drives past? People turn around, they’re curious, they take pictures – that’s how I came up with the idea of using a historic truck.«

The previous life of the historical truck

The first thing I had to do was to prepare a feasibility study. Research revealed that the Opel Blitz, a type of light truck, was part of the standard equipment used by the Wehrmacht. Ten thousands of them were deployed in World War II. But the National Socialists also used them for deportations. With help from the vintage car museum PS-Speicher in Einbeck, we finally found a Mercedes L312 from the early 1950s on the Internet – structurally identical to the models built in the Nazi era, but not an original.

What was the truck used for before you found it?

When we bought the truck, it was almost ready for the scrap heap. It had probably been used as a construction vehicle for quite some time, probably for transporting sandstones, bricks, and rubble. We had it restored to TÜV standards.

What was your approach to designing the exhibition?

Thanks to the #StolenMemory initiative, the Arolsen Archives have gained a lot of experience of organizing traveling exhibitions in public spaces in recent years. So we knew that the exhibition had to be sturdy, vandal-resistant, safe for visitors, and easy to set up and take down, even for non-professionals. It had to be possible to leave the truck unattended, and the exhibition needed to function without electricity. We also had to take coronavirus into account. That’s why we decided to design a purely graphic exhibition that uses panels and does without any objects or films.

Which aspect of the design gave you the biggest headache?

We spent a very long time discussing the color of the truck. We wanted the truck to be reminiscent of the Nazi era, but we didn’t want it to have a military appearance or pretend to be an authentic original. So we chose a dove gray color – it’s reminiscent of the Nazi era but it’s also in tune with the corporate design of the Arolsen Archives. That seemed like a good compromise.

Where there any hurdles to be overcome in the construction of the exhibition?

The stairs that lead up to the exhibition in the cargo space at the back of the vehicle were a real challenge. They were supposed to be made of aluminum so they could be easily stowed away inside the truck for transport. But a pandemic-induced shortage forced us to switch to steel. This solution is studier, but terribly heavy – each staircase weighs over 150 kilos. We had to come up with a design that would enable the stairs to be winched in and out easily and safely.

When did you have the most sleepless nights?

Towards the end! Four days before the opening, we still had a quite a long list of faults. And they weren’t just little things. We realized that although the winches for the stairs worked, they had no locking mechanism, for example. Operated incorrectly, the stairs would have dropped like a guillotine.

How did you solve the problem?

Sailing is one of my hobbies, and I remembered that heavy mast cranes in marinas used to be cranked up and down by hand too, so we examined the way they work and adapted the principle to suit our needs. We spent the weekend sourcing new worm gear cranks that lock automatically.

But when the day of the opening came, we had to improvise a bit because the truck’s indicating lights didn’t work properly either. Two passenger cars escorted the truck through Munich, one drove in front and one behind, and they took over the job of indicating at junctions.

Which detail are you most proud of today?

The two groups of figures that stand inside and in front of the truck. It was a bit like working on a sculpture. We took the basic outlines from a real photo of a deportation. But we had to work on the silhouettes to present the figures evocatively while preserving their dignity at the same time. It took me a long time and lot of hard work to get it right – and I have to admit to feeling a little bit proud of the result.

How much time did it take to turn the initial idea into the final product – a roadworthy #LastSeen truck?

We bought the truck at the end of October 2021, and the opening in Munich was on January 20, 2022. That gave us less than two and a half months for the whole process – I think it’s a record! I’ve never experienced anything like it in over 25 years of working on a wide range of projects. Even the tender for the conversion was sensational. All we had was a sketch I’d made, a short text, and a few pictures – and three companies submitted a binding offer.

And looking back, what was the biggest challenge?

The tight deadline put us under a lot of pressure because the opening date had already been set – that was probably the biggest challenge. And then there were so many imponderables: the truck needed a complete overhaul and there was no knowing what might go wrong. I was impressed by how incredibly committed everyone was to the project: Bremer Bühnenhaus who made the superstructures; the truck driver, who turned out to be a classic car enthusiast from Munich; even the security firm and the police on Marienplatz, who showed a real interest in what we were doing and gave us a lot of support. Everyone really wanted the opening to be a success.

»I hope #LastSeen will attract a lot of attention. The exhibition reminds us that deportations took place in public and that this aspect of the past is very real and shouldn’t be forgotten. I hope the exhibition makes an impact.«

What was special about this job for you?

Its social relevance. I see a number of aspects of social change that I find threatening: right-wing tendencies, the success of the populist AFD party in Germany, the spread of irrationalism. At the opening, we were approached by members of the Querdenker movement [literally “lateral thinkers,” a group that opposes COVID-19 restrictions in Germany], who portrayed themselves as victims of a dictatorship. This project gave me the opportunity to help create an exhibition that counters these sinister tendencies.

Jens-Ole Kracht studied design (brandscope) and has more than 25 years of experience in presenting brands in public spaces. He lives and works in Berlin. His passion for sailing helped him out at a crucial point in the process of getting the #LastSeen truck ready.